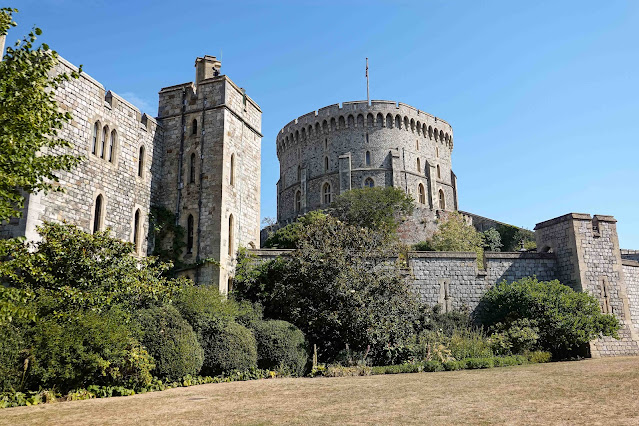 There is not a lot to write about today.  After breakfast we met our tour leader for today and today, Tony, a Cockney from London.  He is quite amusing and a change from the leaders we have had in the past.  Our agenda today was to travel to Windsor and visit Windsor Castle and have some free time.  We arrived at the castle just before opening at 10:30.   I took a few photos, but not too many.  We were here in 2017 and not much has changed.  Unfortunately, in the area I would have liked to photographed and shared, photography was prohibited.  All the state rooms were off-limits for photography. We were finished in an hour and a half, partly because St. George Chapel was also closed except for services. We decided to skip lunch and do dinner this evening.  Instead we sought our a pub for refreshment.  There were literally at least a dozen pubs within walking distance.  Thank goodness for Google Maps.  I selected one at the far end of main street because it had the best reviews and was
Post a Comment
Read more

After breakfast this morning, we met with a local guide for one and one-half walking tour of Oxford.  Oxford is not a huge city and would probably just be a small town if it weren't for the universities. Oxford, a city in central southern England, revolves around its prestigious university, established in the 12th century. The architecture of its 38 colleges in the city’s medieval center led poet Matthew Arnold to nickname it the 'City of Dreaming Spires'. Aerial panorama of the university. By Chensiyuan - Own work, CC BY-SA 4.0, https://commons.wikimedia.org/w/index.php?curid=52257860 Just outside the entrance to our hotel, the Courtyard by Marriott at City Center, stands St. George's Tower.   The Castle was built into the western side of the town defenses for William the Conqueror in 1071. Only St George’s Tower, the mound, and the base of the Round Tower survive. As we walked around Oxford, I again felt like I had been transported onto the set of a Harry Potter movi
Post a Comment
Read more 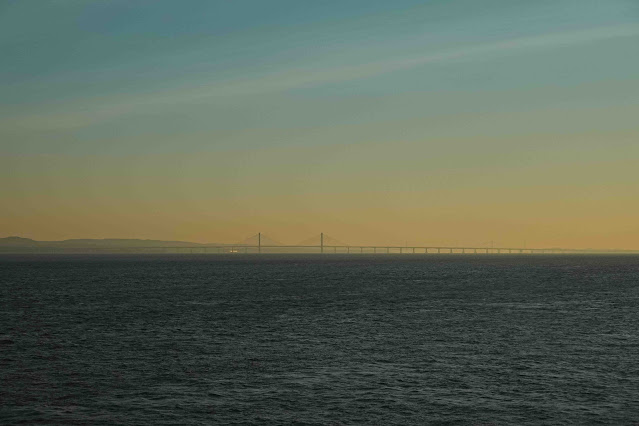 Another beautiful morning in Wales.  This bridge is near Bristol, but we didn't go that far up the inlet. We arrived to the port at the expected time, but due to congestion and the fact that our pier was occupied, we were over an hour late beginning the debarkation process. At one point while waiting, we were next to this huge transport.  It dwarfed our small 95 passenger ship. Around 11:00 AM we arrived in Lacock, a small village in the Cotswold region.  It has some claim to fame due to the many movies which have had scenes filmed here, including Harry Potter movies. It is a postcard beautiful villiage. I took some photos of buildings used in the Potter films.  I hope to attribute these correctly, but since most are privately owned and occupied, there is no signs indicating their usage.  If I am incorrect, I am sure one of my grandchildren will correct me! Horace Slughorn's house in Harry Potter and the Half-Blood Prince (2009) Sign of the Angle - backdrop in Harry Potter and
Post a Comment
Read more
More posts